Dr. L’Heureux is a fellow of the American College of Osteopathic Obstetricians & Gynecologists and began practicing in Arizona in 1997. She is also board eligible in Sleep Medicine and sees patients with those concerns in association with Dr. Rundbaken while completing her studies in this field. She plans on becoming one of the first physicians with dual certification in both Sleep Medicine and Obstetrics & Gynecology in 2013. Her experience in women’s health lends a unique perspective on female sleep issues. She plans to focus her practice on restless legs and sleep disordered breathing during pregnancy, insomnia during the peri and postmenopausal periods, circadian rhythm disorders, and hormonal counseling.

Dr. L’Heureux graduated from Des Moines University in 1992. She then completed her residency in Obstetrics & Gynecology at Botsford General Hospital in conjunction with Michigan State University in 1997. Prior to medical school she was trained as an epidemiologist by the CDC and worked for the Los Angeles County Health Department. She earned her B.S. in Biological Sciences from California Polytechnic State University, San Luis Obispo in 1983. 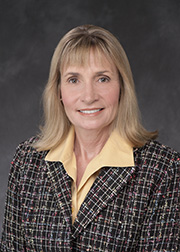