Board Certified in Internal Medicine, Pulmonary Disease and Sleep Medicine

Dr. Rundbaken is a fellow of the American College of Osteopathic Internists, as well as the College of Chest Physicians. He has been practicing in Arizona since 1997, primarily in Sun City West and Sun City. He founded The Respiratory and Valley Fever Clinic in 2003. He is currently director of Good Night Sleep Wellness Centers which has sleep labs in Goodyear, Arizona, Sun City West, as well as North Phoenix.

Dr. Rundbaken is a 1992 medical graduate of Des Moines University and has completed his residency in Internal Medicine at Garden City Hospital in conjunction with Mission State University in 1995, and continued on to complete a pulmonary fellowship in 1997 at Botsford General Hospital in Farmington Hills, Michigan. He received a BS in psychology, and chemistry minor from the University of Wisconsin, White Water in 1986.

Dr. Rundbaken sees patients Monday through Friday in the office, as well as daily rounds in the hospital. He has privileges at Banner Del E. Webb Memorial Hospital, Banner Boswell Hospital, and Banner Thunderbird Hospital. Rounds are primarily completed at Banner Del Webb Hospital. In addition to the educational training above, we continue to exceed the required continuing medical education requirements yearly, with added educational initiatives in Valley Fever and sleep disorders. 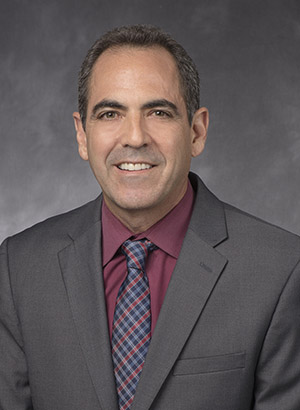